The European Sustainable Energy Week took place from September 26-30, 2022, with a full schedule of events across Europe. The theme ofthe edition was "Going green and digital for Europe's energy transition."

Hundreds of "Energy Day" events were organized in different European cities, involving major players in the renewable energy and energy efficiency sector.
Venice has been participating in European Sustainable Energy Week events for more than 10 years in line with the central event in Brussels.
The Venetian was also included in the official European program, all strictly with free and free admission.

The objective of the European Sustainable Energy Week is to disseminate best practices, inspire new ideas and foster networking activities in the field of energy efficiency and renewable energy sources, raise awareness among citizens, institutional, business and association actors and the media on the issues of smart energy production and use, highlighting general themes and concrete cases and involving the different stakeholders in this regard.

From 2012 Europe Direct Venezia Veneto of the City of Venice celebrate directly in the organization of the venitian event.

The event in Venice was organized in collaboration with the Association NordEstSudOvest, non-profit association that is inspired by the principles of freedom, democracy, social justice and equality among individuals and peoples.
The Association embraces the principle of secularism of the state and the values of respect for all political opinions and religious faiths and is inspired by the method of confrontation and participation.
The Association's purposes are:
(a) the promotion of the full development of the rights of individuals in the various spheres in which human personality is expressed and the concrete realization of the principle of equal opportunities for men and women;
(b) the participation in political and cultural debate;
(c) the study and dissemination of reformist and solidarist culture;
(d) the promotion of initiatives for the protection and enhancement of the environment and the territory;
(e) the promotion of initiatives for the knowledge of political, economic, legal and social sciences and the development of the arts.

The European Week of Sustainable Energies was organised in synergy with Cycle of meetings "We are the Green Deal", in particolar with the convention "Re-Living Europe with the new energies", which was held September 29th 2022 at the Ateneo Veneto in Venice (Campo San Fantin, 1897 Venezia). 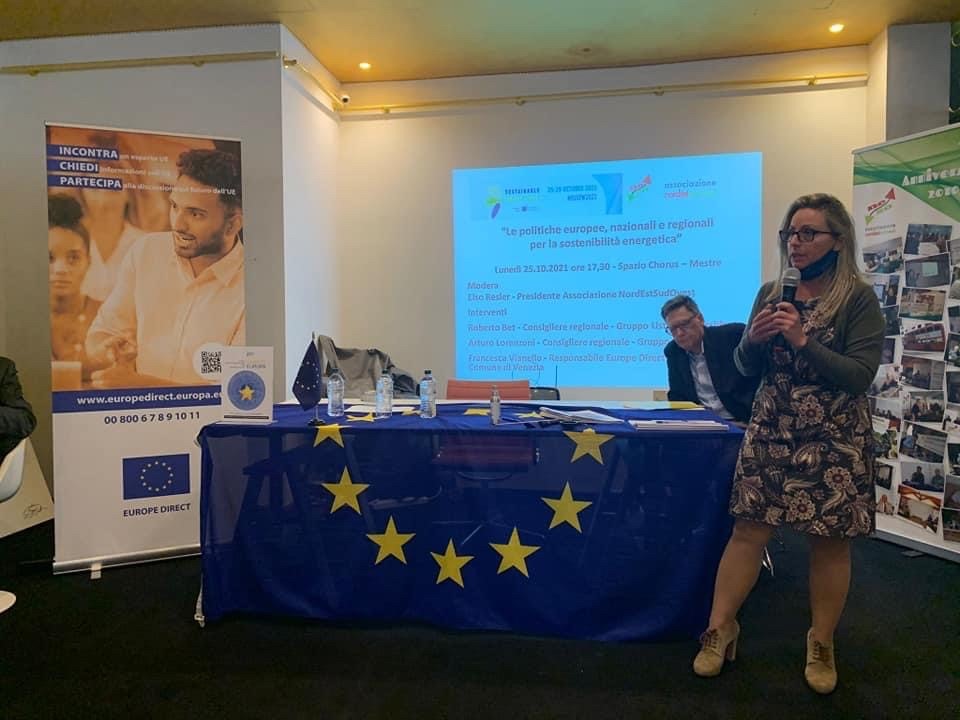 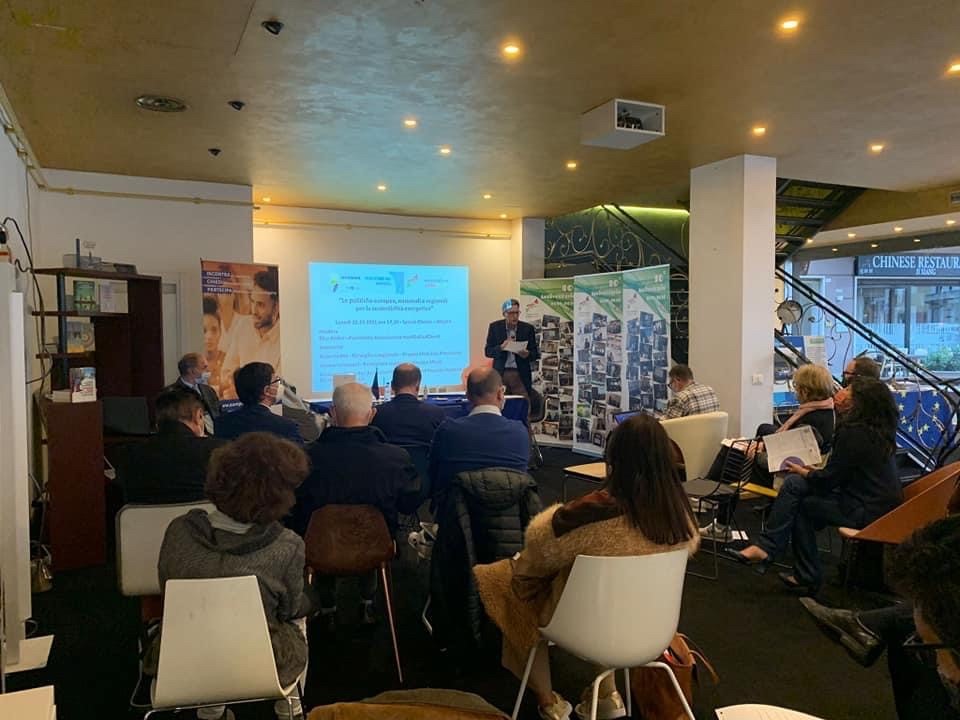