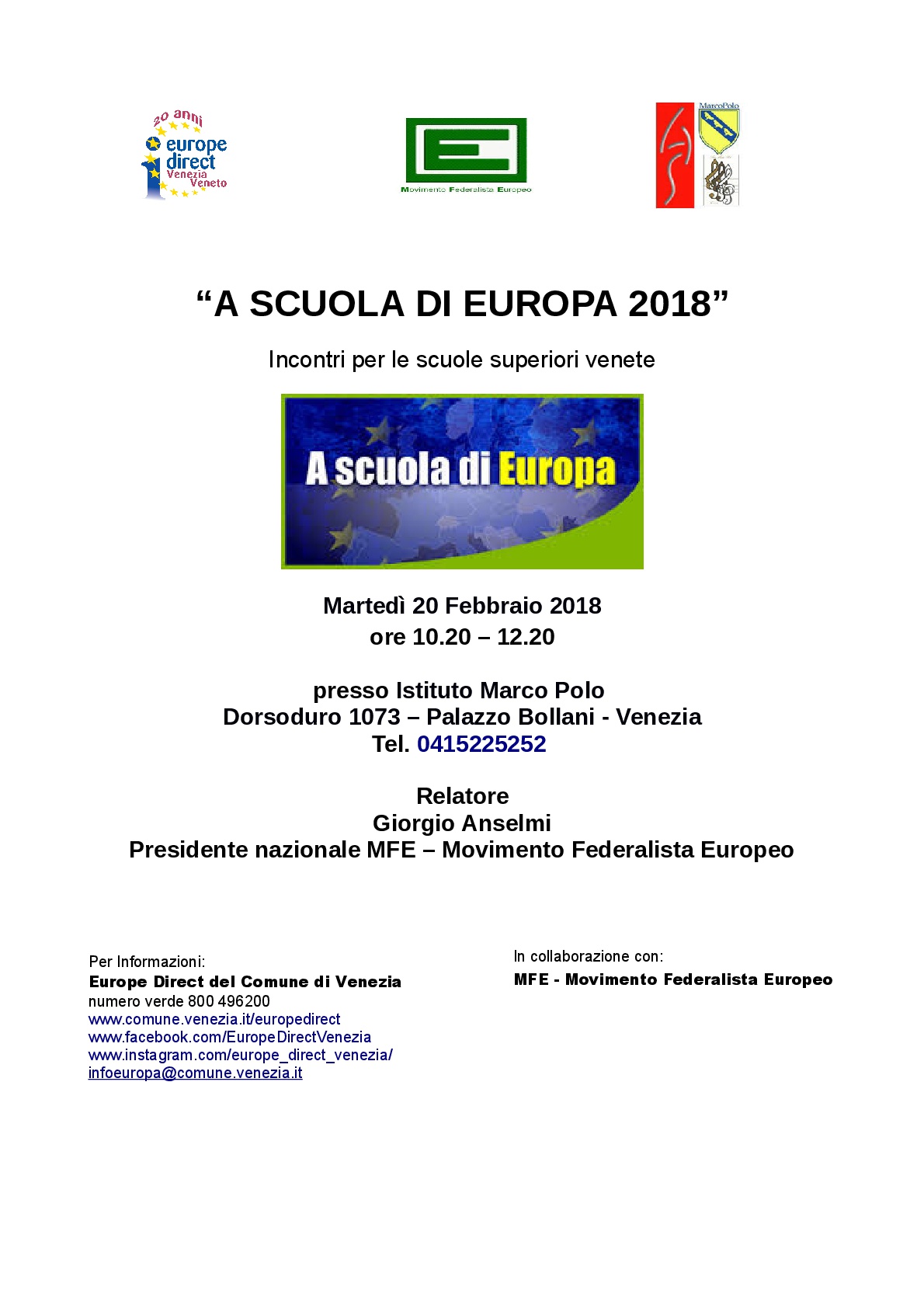 On Tuesday 20th February 2018 from 10.20 to 12.20 am in the main hall of the "Marco Polo" Institute of Venice, the fifth meeting of the cycle "A scuola d'Europa" took place, supervised Prof. Giorgio Anselmi - National President of MFE - European Federalist Movement.

Photo of the event: 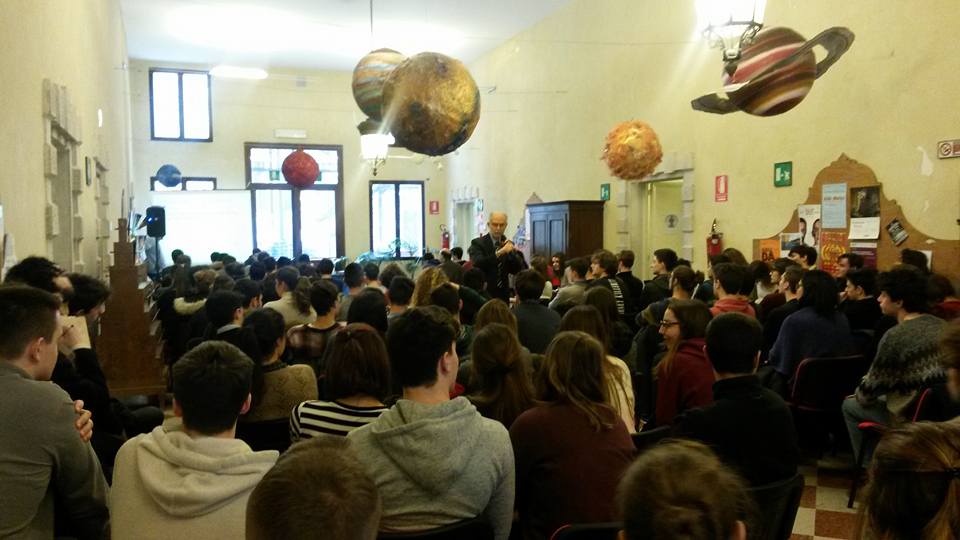