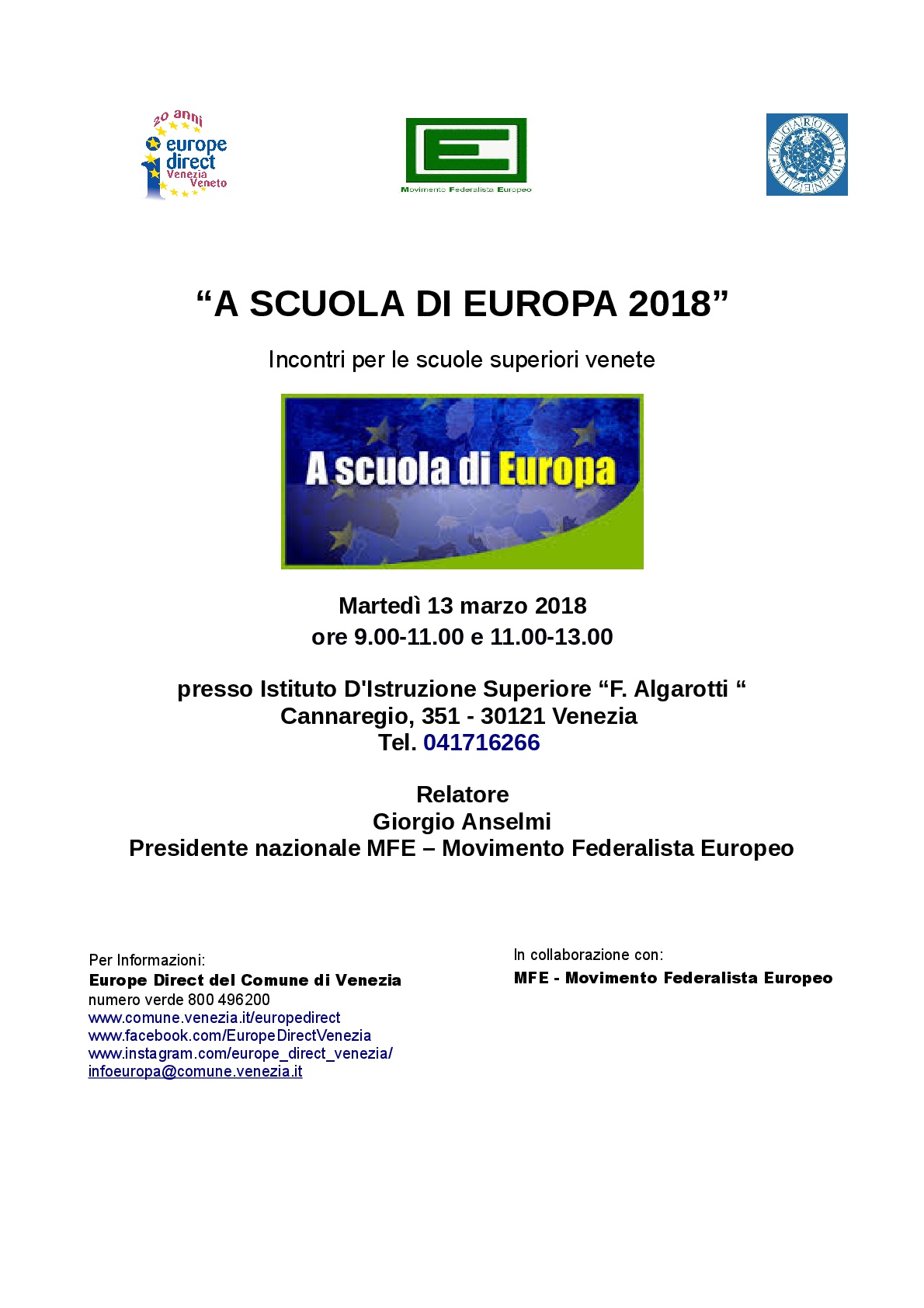 On Tuesday 13th March 2018 at 9.00-11.00 and 11.00-13.00 at the "Algarotti" Tourist Institute (VE), the sixth meeting was held of the " At School with EU" in the presence of more than 120 students of the last years of study, supervised by Prof. Giorgio Anselmi - National President of MFE - European Federalist Movement.