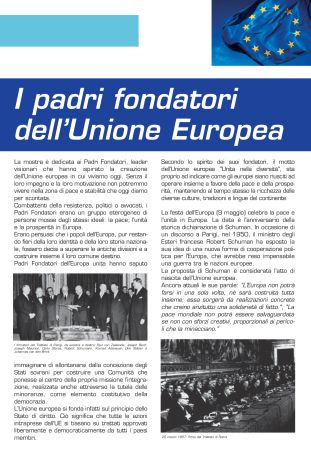 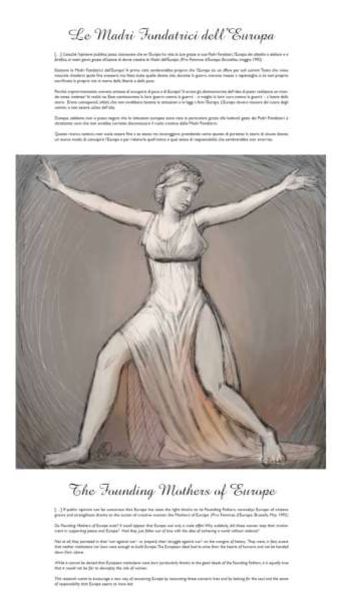 The Europe Direct service in Venice, a European Union information point in the Veneto region, suggests the didactic exhibition "The Founding Mothers and Fathers of the European Union", which combines two exhibition paths: one concerning the Founding Fathers on official documentation of the European Commission and one showing the founding mothers on a project of the La Sapienza University of Rome, work result of the researcher Maria Pia Di Nonno (with the portraits of Giulia Del Vecchio), for which the Department for European Policies of the Presidency of the Council of Ministers collaborates in national dissemination.

The exhibition is dedicated to 9 women and 11 men who inspired the creation of the European Union in which we live today:

The main theme of the exhibition is to emphasize that these women and men were convinced that people around Europe, remaining proud of their identity and their national history, were willing  to overcome the barriers and to build together their common destiny.

The exhibition is divided into 17 panels and combines drawings and photographs in a series of bilingual texts, written in Italian and English, in order to reach national and international audiences.
The exhibition was produced and inaugurated on the occasion of the 9th May 2014 Europe Day in Venice. Since then it is itinerant:

The aim of the exhibition is to spread the understanding of the European Union among European citizens, through the knowledge of the common European history. 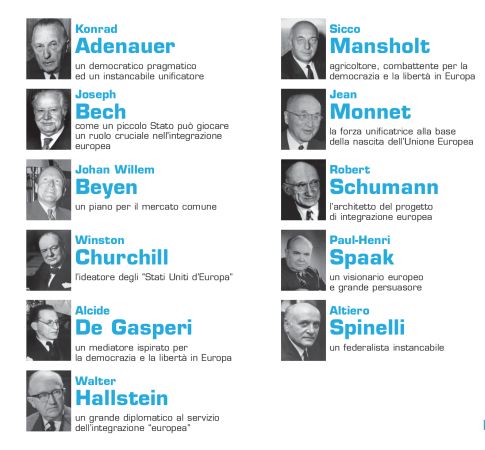