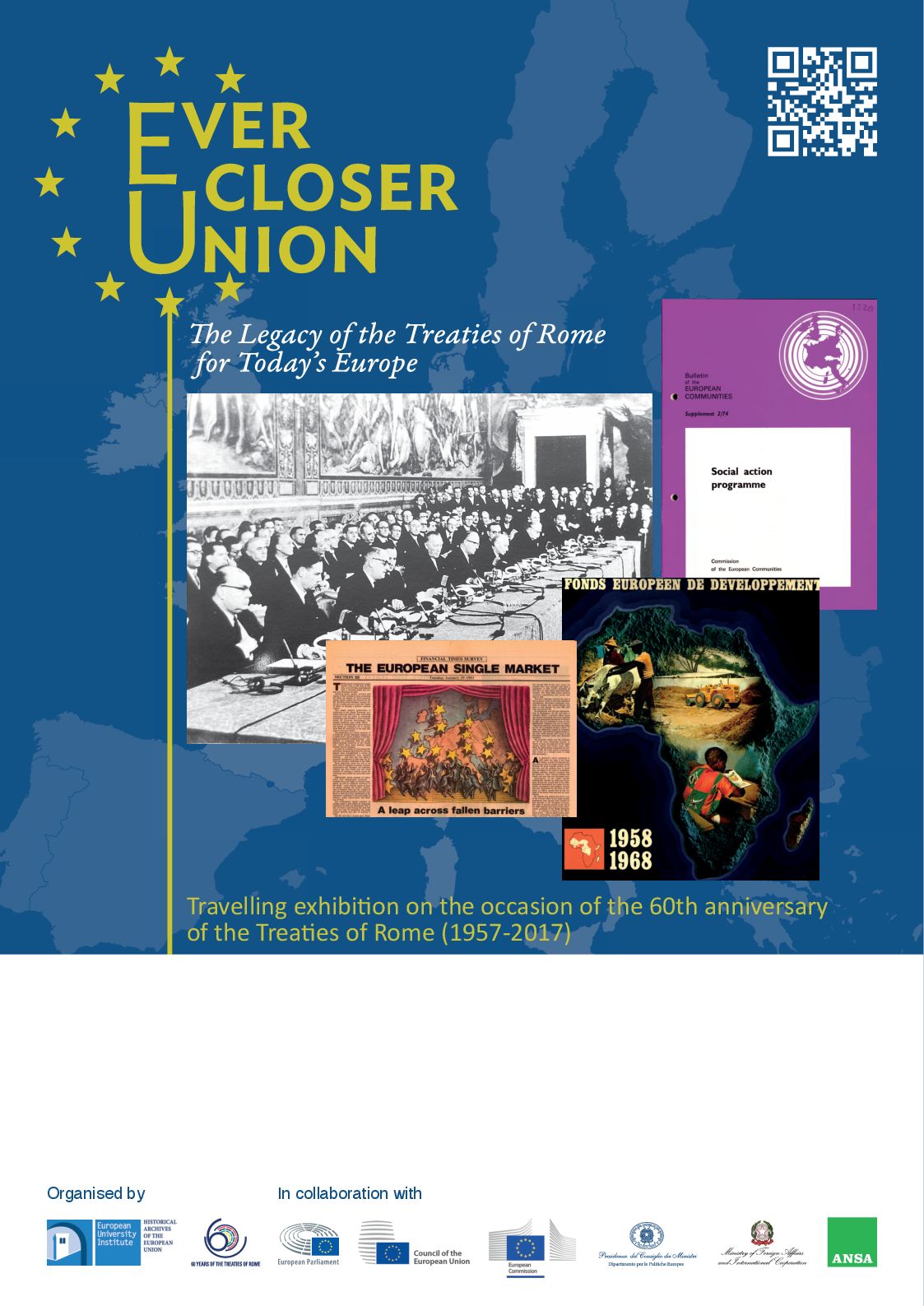 From 11 to 22 May 2018 the exhibition "Ever Closer Union - A Europe more and more united" was held in Venice on the San Servolo Island.
Opening Friday 11 May 2018 - 11.00 am - VIU Venice International University, San Servolo Island (Venice).

The Europe Direct service, European Union information point active in the Veneto region, on the occasion of the 2018 Europe Day in Venice, proposes the exhibition "Ever Closer Union", the result of collaboration between the European Parliament, Council of Europe, EU Commission, Presidency of the Council of Ministers, Ministry of Foreign Affairs and ANSA - National Associated Press Agency.

The exhibition, which presents documents, images and testimonies to retrace the history of European integration, was inaugurated in Rome on March 16, 2017 at the international conference "The Re-launching of Europe and the Rome Treaties" and will circulate in several member States of the Union and in some non-European countries later this year.

Composed of 14 panels available in the 24 official languages ​​of the European Union, the exhibition offers a documented reflection on the legacy of the Treaties of Rome, sixty years after their signing, in the economic, social and international dimension of Europe in the past and in the present days, which ends with a look at future challenges.
The four thematic sections in which the exhibition is divided - Historical overview, Economic Europe, Social Dimension and European Citizenship, Europe in the World - are designed to inspire visitors and to promote the debate on the relevance of the Treaties of Rome and on the future of the European project.

The circulation of the exhibition in Italy is handed by the Department for European Policies of the Presidency of the Council of Ministers.