On September 26, the celebration of the 2020 European Day of Languages was held in Venice at the Santa Margherita Auditorium - Dorsoduro 3689 - Campo Santa Margherita with the special edition called "Resistance. Languages in Quarantine".

=> Go to the European Day of Languages 2020 YouTube Playlist

Due to COVID-19 emergency restrictions, this year the European Day of Languages was held online through the creation of several videos. This year’s edition is about the concept of Resistance: individual as well as collective resistance as an evidence of the traumatic time we are all experiencing.

All the contributions to the project - 18 in total - range from reading sessions produced during the lockdown by students from all over the Veneto region to the ones realized by Ca’ Foscari University of Venice students. The videos are available on the Ca’ Foscari Youtube Channel, where they have been published from September 26.

=>The press conference regarding the event was held on Wednesday 23 September at 11.00 at the Council of Europe’s headquarters in Venice. 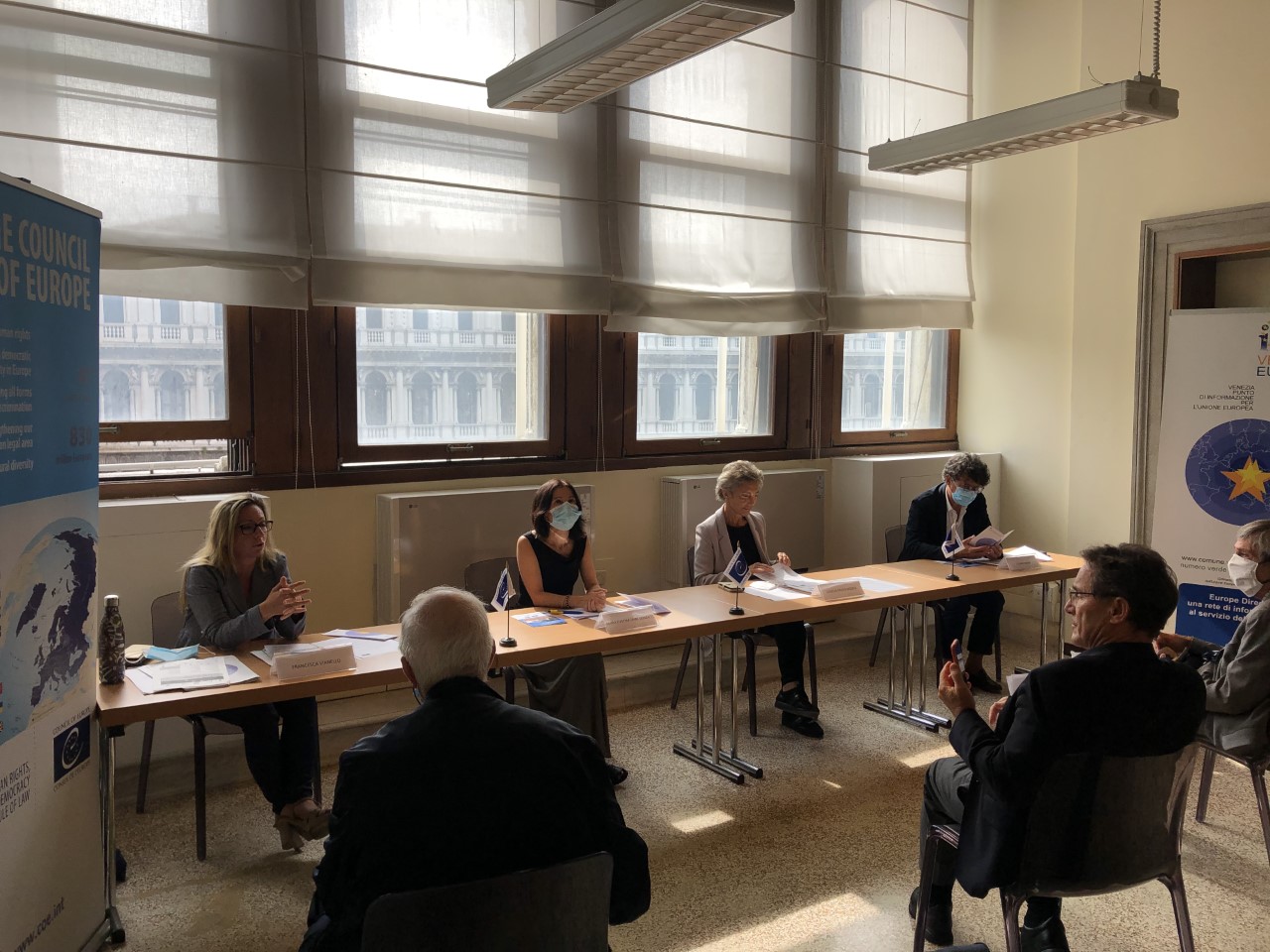 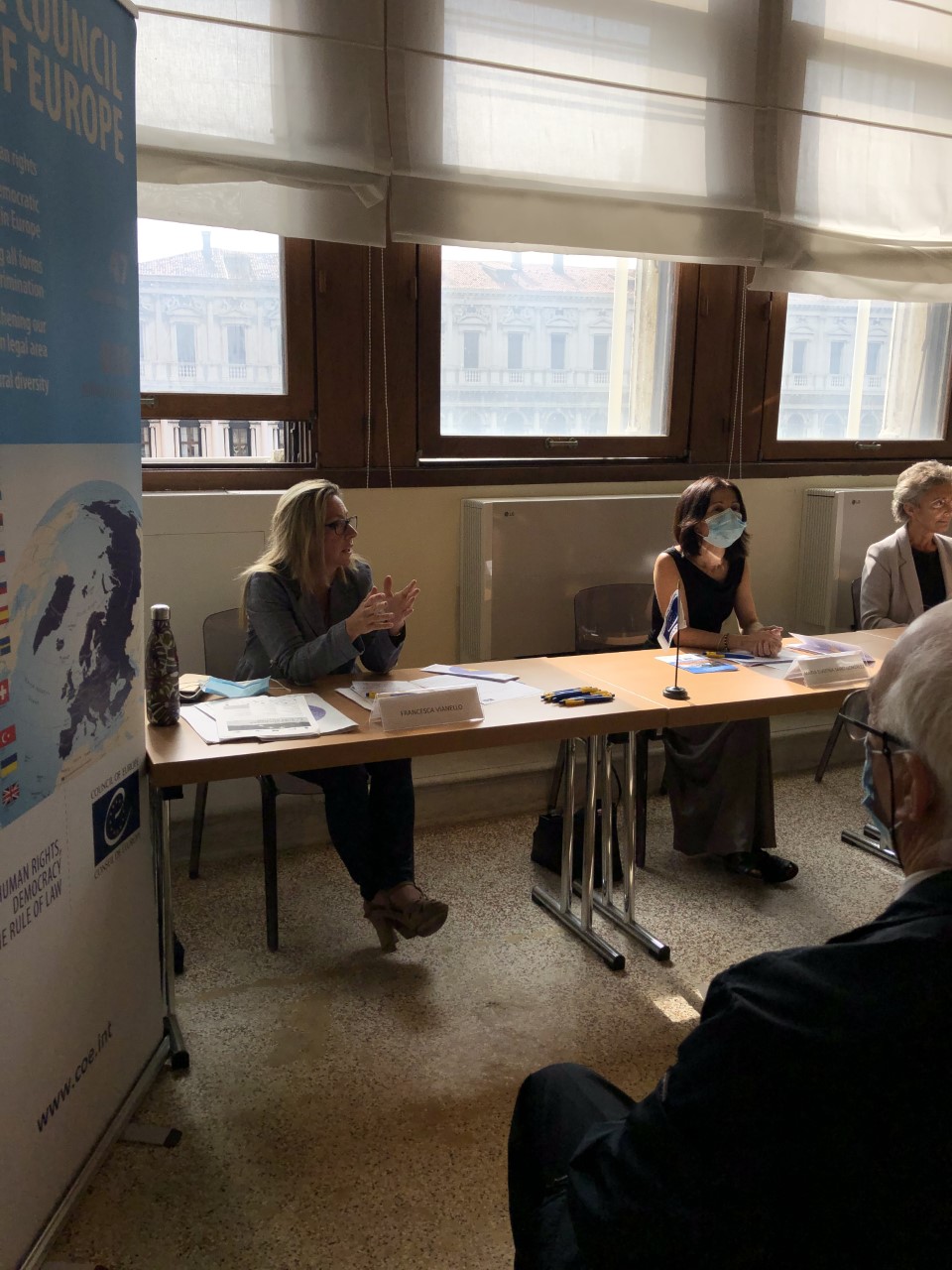 => The onsite opening ceremony was held on Thursday 24 September at 9.30, at the Santa Margherita Auditorium

Open entrance to the citizeship upon reservation

Strongly desired and supported by the Ca 'Foscari University of Venice with the Department of Linguistics and Comparative Cultural Studies, by the USR Regional School Office of Veneto Region, the Council of Europe and by the Europe Direct of the City of Venice, the initiative aims to encourage young people and adults to learn languages, with the awareness that multilingualism is also a vaccine against intolerance.

The video titled "Saluti istituzionali” opens the greeting speeches coming from Maria del Valle Ojeda Calvo, Director of the Department, Luisella Pavan-Woolfe, Director of the Council of Europe in Venice, Francesca Vianello, Head of the Europe Direct-Euro desk of the City of Venice and Carmela Palumbo, General Director of URS. Furthermore, you will find the video titled "Vivere d'istanti", a beautiful flash-mob style dance event full of enthusiasm held in Piazza San Marco and recorded on Monday 6 July 2020 with the collaboration of Ardor Gymnastics of Padua and a choreography by Giorgia Benetello. Among the clips you will also be able to watch: "Una pagina di storia", a wonderful project spontaneously made by a group of students after the first long weeks of uncertainty and quarantine through the hashtag #IoRestoACasa (#StayAtHome); "Lingue in quarantena", a video collage conceived, recorded and edited by the students led by their teachers and the surprising variety of languages ​​and cultures. Finally you will find short videos in 18 different languages - in alphabetical order: Albanian, Anglo-American, Bulgarian, Catalan, Czech, French, English, Italian, Galician, LIS, Portuguese, Romanian, Russian, Swedish, Spanish, Spanish-American, German, Vasco. Eighteen languages as an essential tool for communication and intercomprehension; eighteen languages ​​to tell as many stories of resistance and resilience that make us think about pain and disappointments, identity, social justice, and endless struggle, dignity and courage.

The European Day of Languages ​​is an event held every year across Europe on 26 September with the aim of raising awareness of the wide variety of languages ​​in Europe, promoting cultural and linguistic diversity, encouraging people of all ages to learn languages, because it facilitates contacts with people and helps with job hunting and businesses’ growth.

The European Day of Languages ​​was established by the European Commission and the Council of Europe, which represents 800 million Europeans from 47 different countries. Many cultural and linguistic institutes, associations, universities and, in particular, schools take part in the initiative. Established in 2001, on the occasion of the European Year of Languages, this day has been celebrated every year since then. 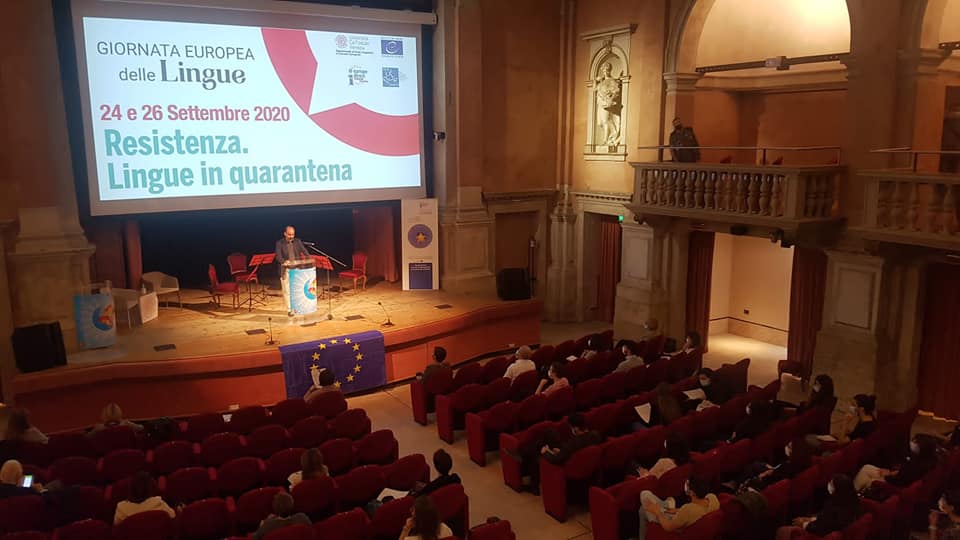 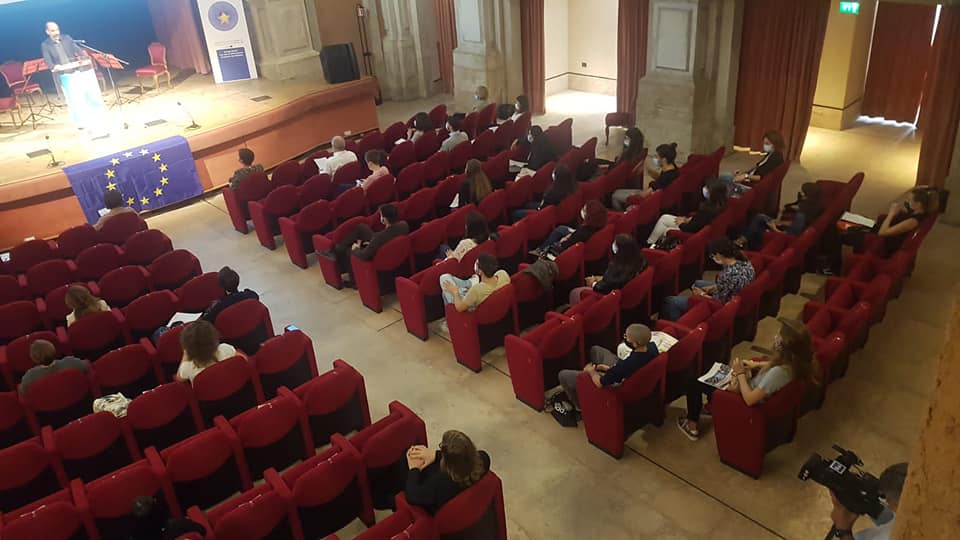 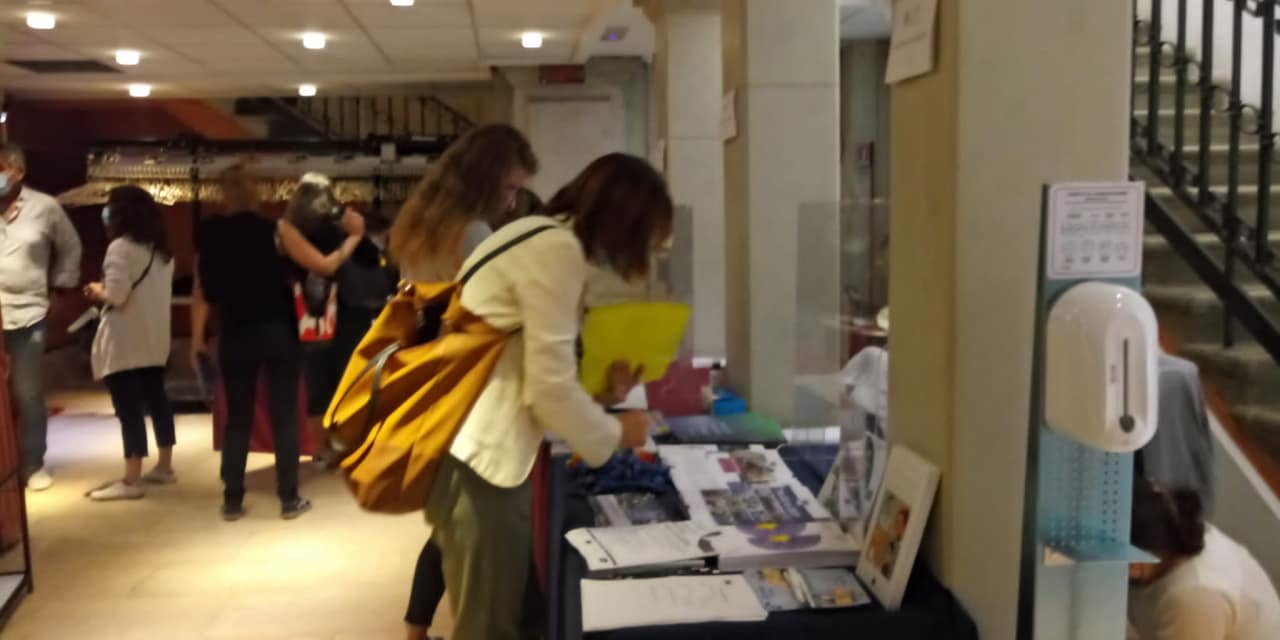 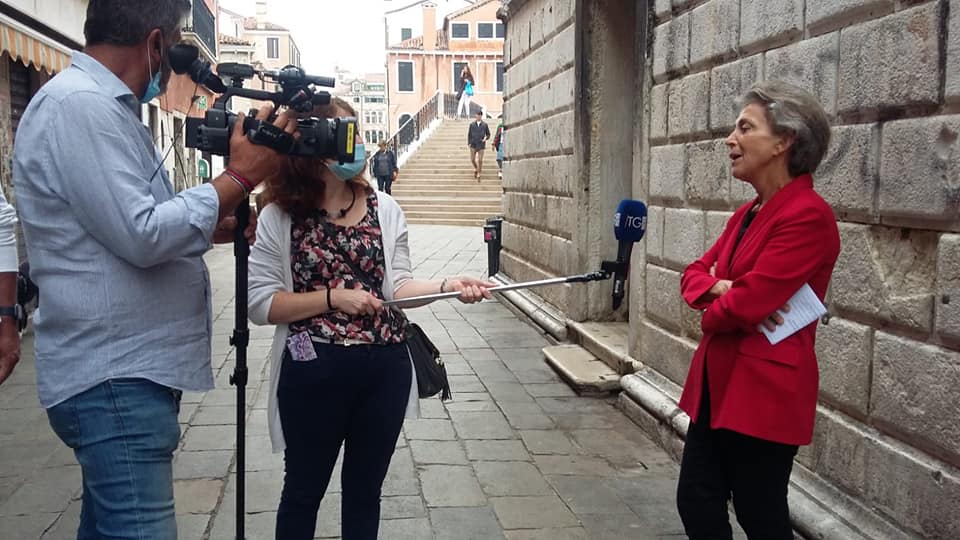 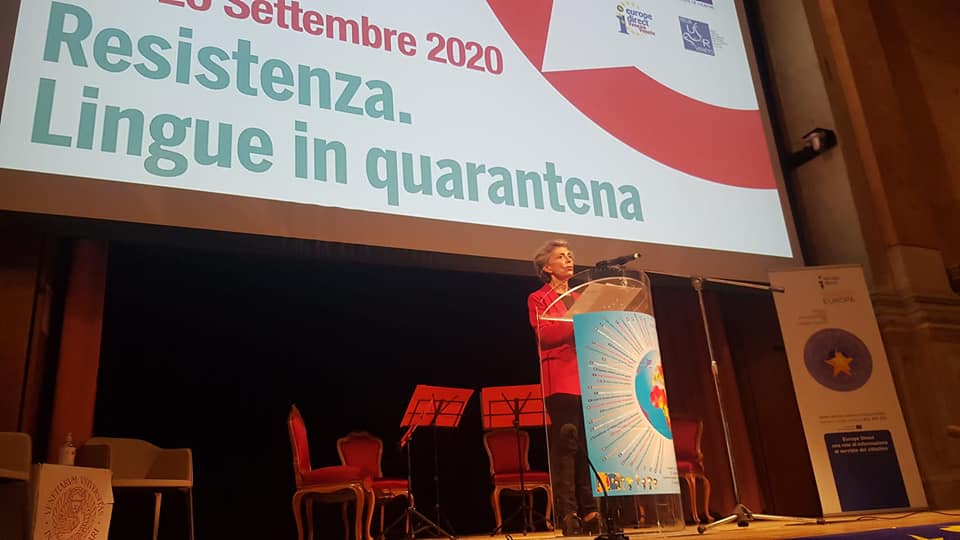 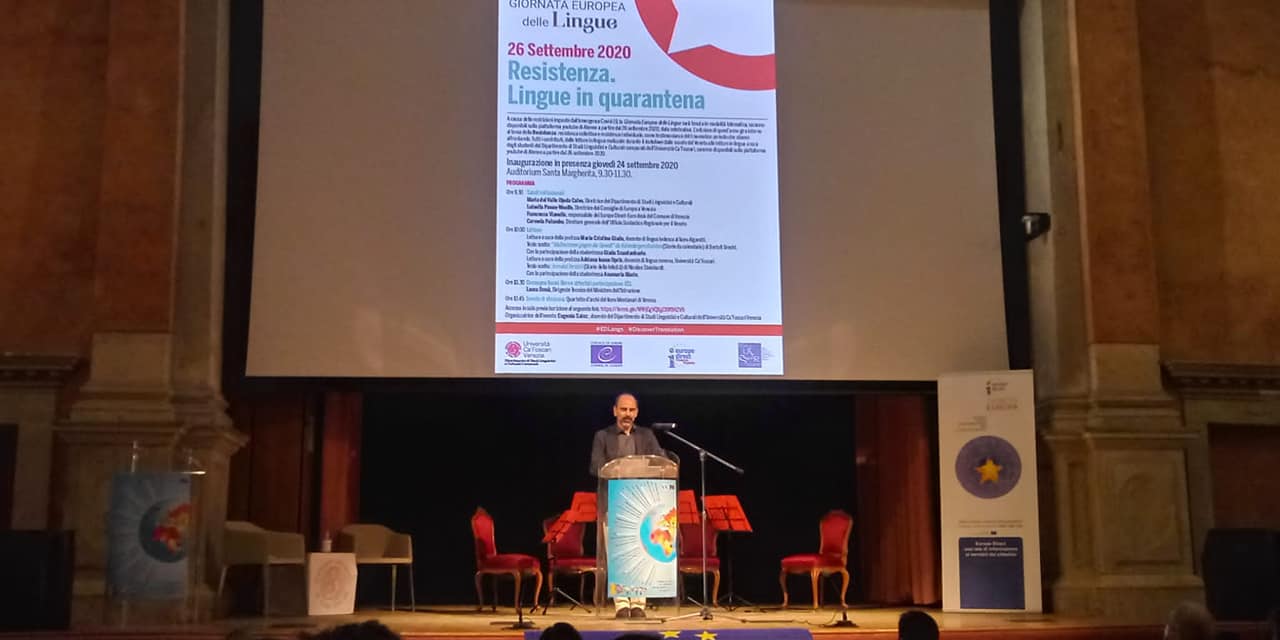 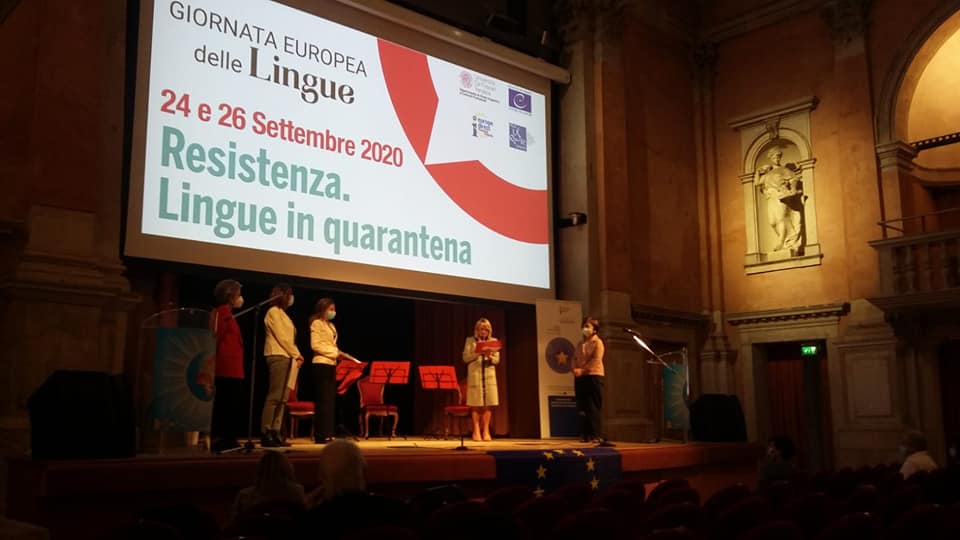 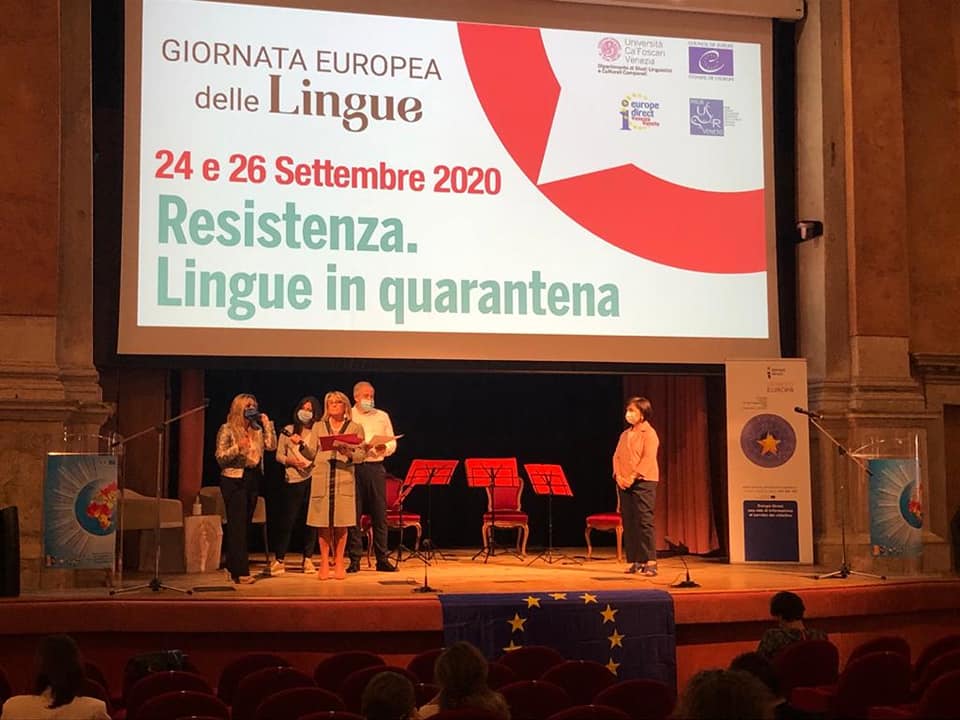