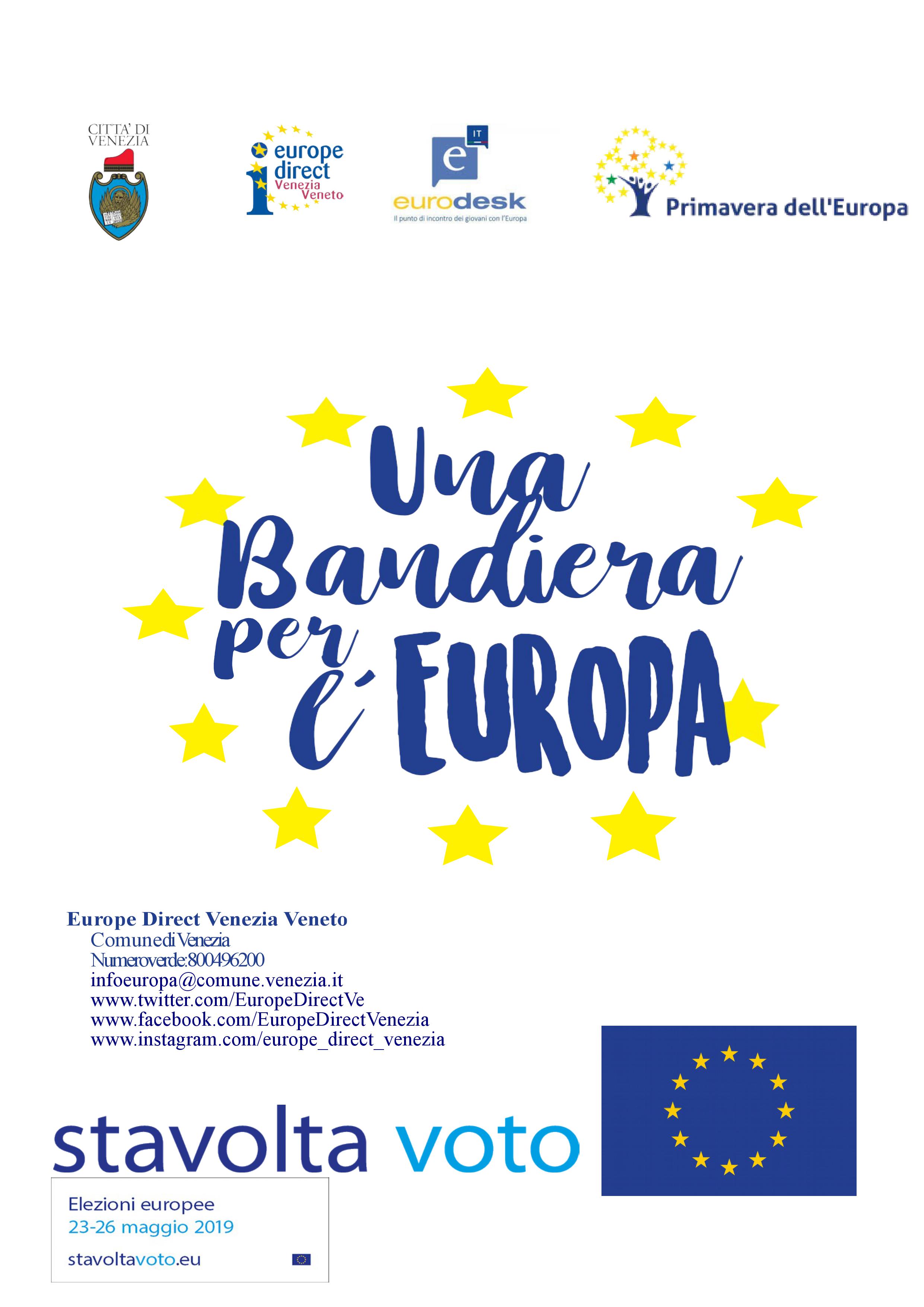 On the occasion of "Primavera dell'Europa" (Europe Spring), a series of events coordinated at national level and promoted by the European Commission Representation in Italy, the Municipality of Venice promoted the initiative "A flag for Europe". The Administration took this opportunity to stimulate active citizenship and raise citizens' awareness regarding the upcoming european elections on 26th May 2019.

The European flag, symbol of union and condivision of the values of democracy, will be delivered in schools and to the citizens between 18th and 29th March 2019.

In these days, the President of the City Council Ermelinda Damiano personally delivered the European flag to the secondary schools of second degree of the municipal territory. A symbolic gesture to involve citizens, with particular attention to young people who represent the new electorate, in the process of preparing for European elections and to stimulate active participation in European citizenship.

At the same time, the Europe Direct office promoted the spirit of active participation by delivering the European flag to the citizens, free of charge, in its new headquarter in via Spalti 28. Citizens are invited to exhibit it and post some photos or videos in their social profiles of Facebook, Twitter and Instagram, using the hashtag #EuropeDirectVenezia and tagging the Europe Direct social profiles. Alternatively, photos can be sent to infoeuropa@comune.venezia.it or via Whatsapp at 3458358360.
Citizens participating to this initiative will also receive a tribute on the occasion of Europe Day, to be hold on Wednesday 22nd May at 4.00 pm at the Dante d'Essai Cinema.

On this occasion, the office celebrates its 20 years of presence in the Municipality of Venice by collaborating for the realization of initiatives with the aim of stimulating participation, also on social media, and making citizens aware of their responsibilities as italian and european citizens.

The full text of the privacy agreement is available at the following link.

Europe Direct of the Municipality of Venice