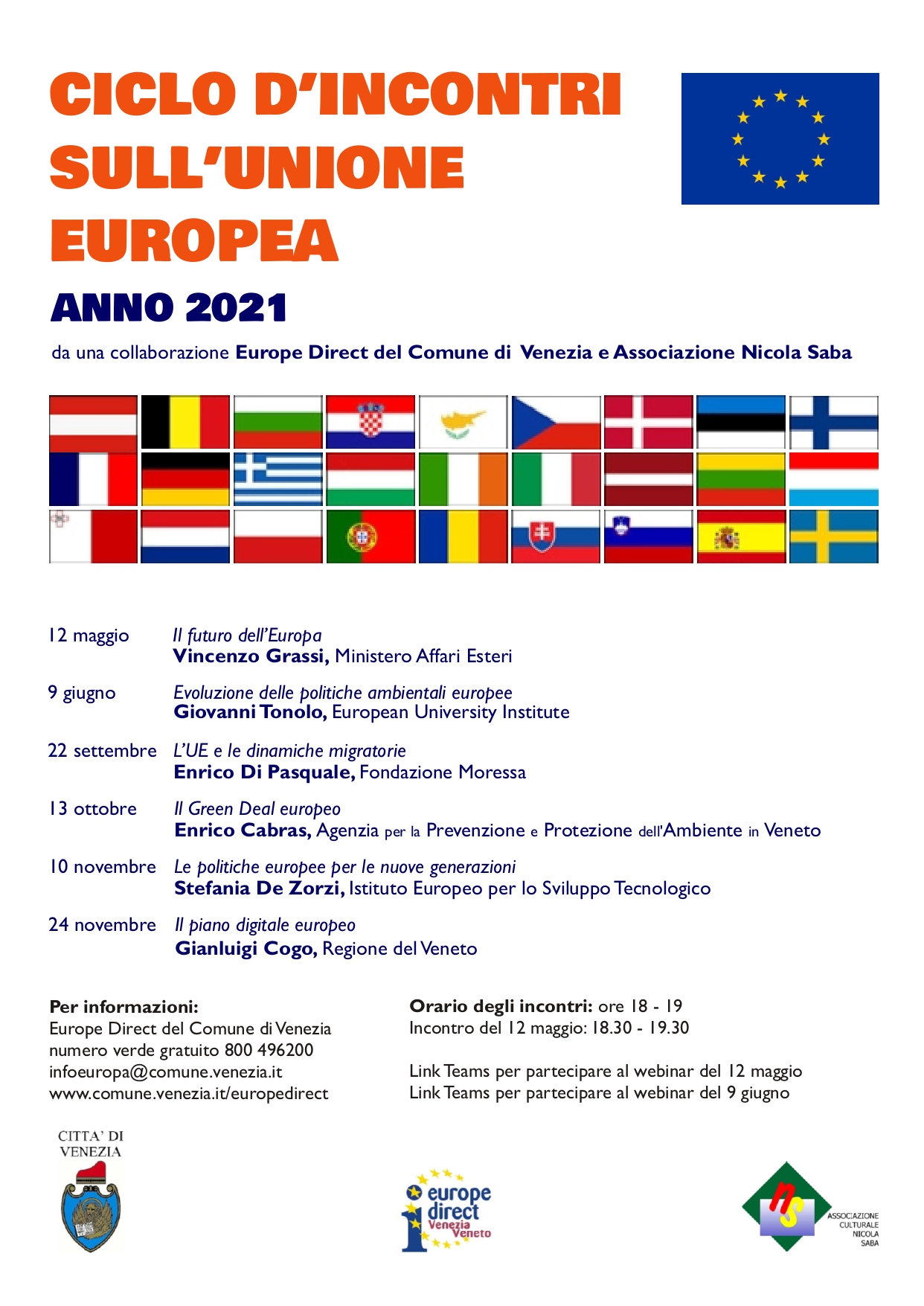 From May 12 to November 24, 2021 the "Cycle of meetings on the European Union" is held, included in the program of the academic year of the Association Nicola Saba, which consists of 5 online lessons that can also be attended individually. The course on the European Union, the aim of which is to provide citizens with basic training in this area, stems from the awareness that in order to live the European dimension to the full, it is increasingly important to know the history of the Union, the fundamental rights of citizens and other matters of common and topical interest. In this edition, special emphasis will be placed on the priorities of the new European Commission chaired by Ursula von der Leyen.
Participation in the course is open to all citizens and free of charge.

The event is the result of the collaboration between l'Associazione Nicola Saba e Europe Direct del Comune di Venezia.

Some images of the previous edition held in presence: 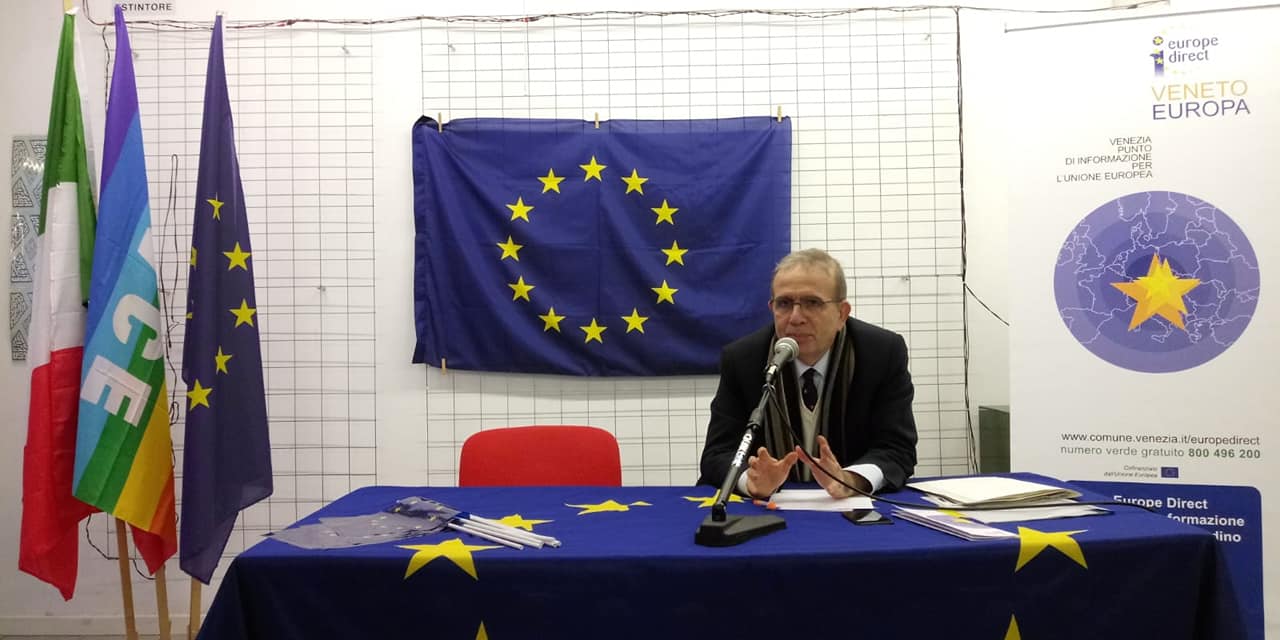 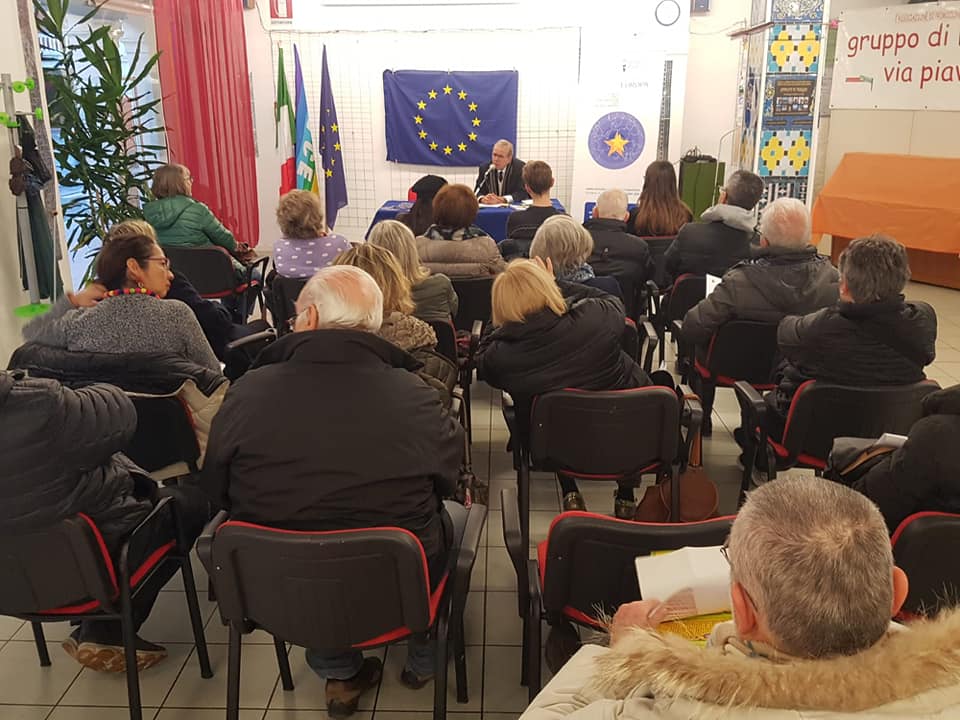