73 (+3) are the parliamentarians elected by Italy. There are three reserves that could take over in the event of Brexit, that is the exit of Great Britain from the EU. Those elected in the North East District (Veneto, Trentino-Alto Adige, Friuli-Venezia Giulia, Emilia Romagna) are:

- for the League (7) there are Matteo Salvini, Mara Bizotto, Gianantonio Da Re, Paolo Borchia, Alessandra Basso, Elena Lizzi, Marco Dreosto.
The latter could take over instead of Salvini, who will surely give up the job. Ready to enter Rosanna Conte;
- for the Democratic Party (4) will enter Carlo Calenda, Elisabetta Gualmini, Paolo De Castro, Alessandra Moretti;
- for the Five Star Movement (2) it will be the turn of Marco Zullo and Sabrina Pignedoli
- for SVP (1) Herbert Dorfmann

The President of the European Parliament is David Maria SASSOLI, Member of Parliament elected by the Central District with the Democratic Party.

The new Italian deputies elected for the period 2019-2024 are available on the official website of the European Parliament where it is possible to consult the personal details of the MEPs.

The new structure of the European Parliament is therefore the following: 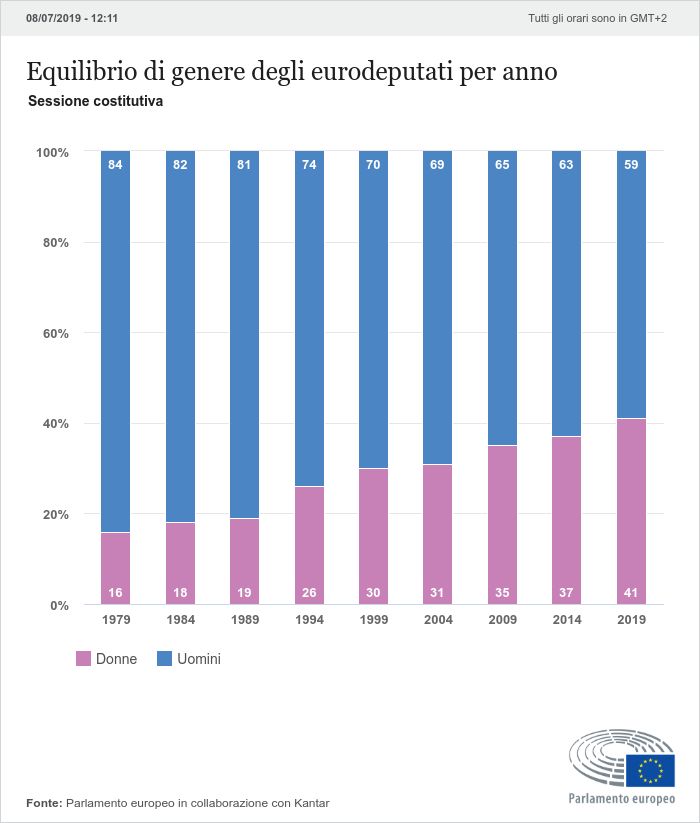