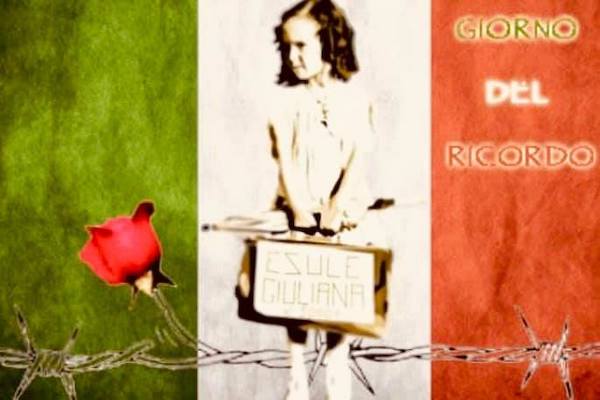 The Italian Republic recognizes 10 February as a "Day of Remembrance" in order to preserve and renew the memory of the tragedy of the Italians and all the victims of the foibe, the exodus from their lands of the Istrians, In the second post-war period, Fiumani and Dalmati and the more complex story of the eastern border.

The President of the City Council of Venice, Ermelinda Damiano, Thursday, February 4 at 11.30 presided over the press conference to present the program of events for Remembrance Day 2021.

The appointment took place in the council room of the Municipality of Mestre and it was possible to follow it live streaming. 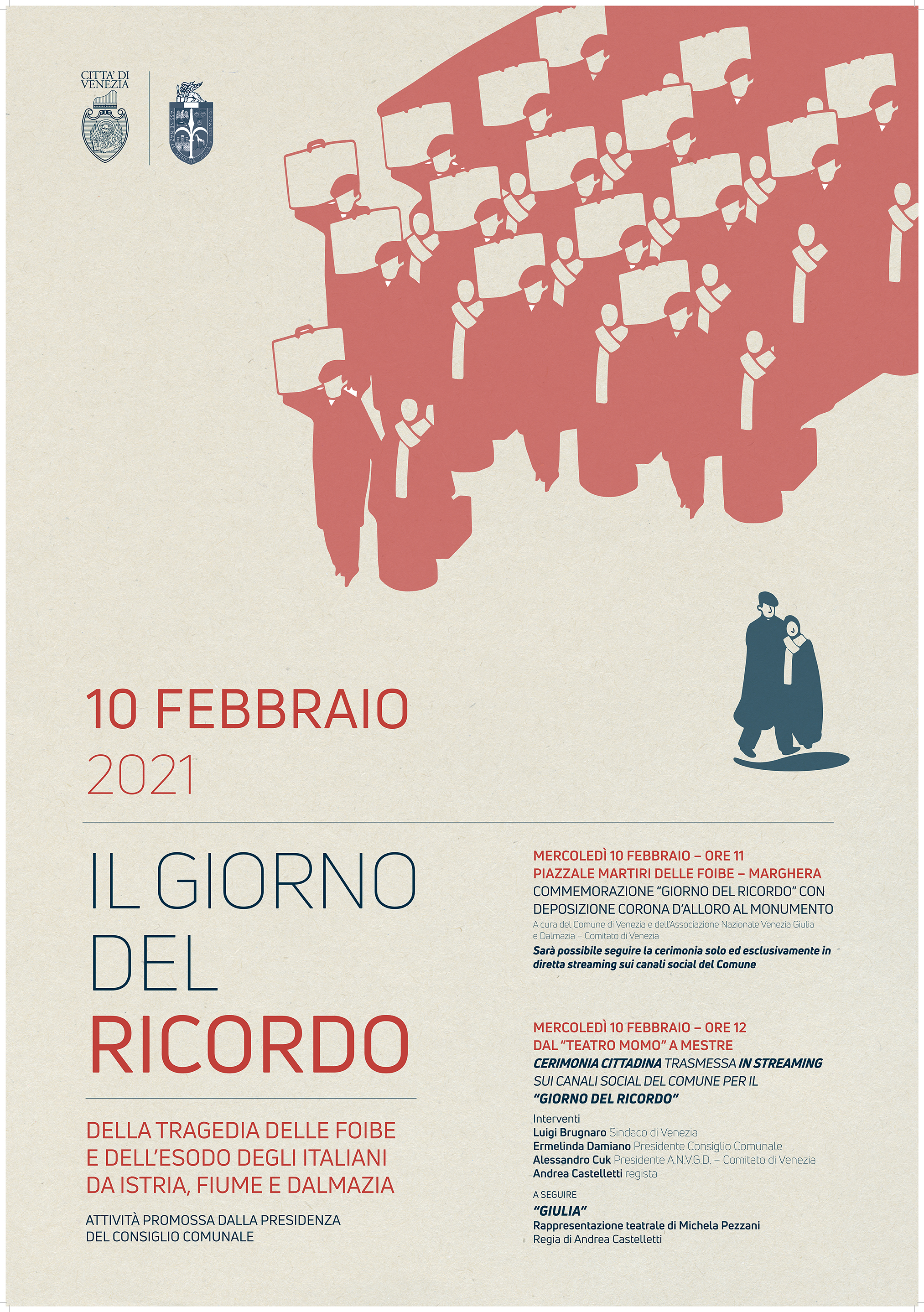 The City of Venice pays tribute also this year to the victims of the Foibe and the exodus Giuliano Dalmata with a series of events spread throughout the municipal territory to commemorate the Day of Remembrance.
There are over thirty appointments scheduled this year between meetings, conferences, book presentations, ceremonies and theater stories. Events that contribute to making this celebration ever more articulate and complex, an occasion of necessary and in-depth reflection on those dramatic historical events. The calendar of events can be consulted online on the website of the Municipality of Venice with the possibility to follow the initiatives live or deferred streaming on the social channels of the Municipality or on those of the organizers.

THE "MASS OF REMEMBRANCE" AND THE COMMEMORATION IN THE SQUARE OF THE MARTYRS OF THE FOIBE
The ceremonies will have a religious prologue on Sunday, February 7, at 10 am, with the "Mass of Remembrance" in the Cathedral of San Lorenzo in Mestre, celebrated by Don Gianni Bernardi. The function will be able to participate in compliance and in the manner provided by the anti-Covid19 rules. Wednesday, February 10 at 11 am in Piazzale Martiri delle Foibe, in Marghera, will be held instead the commemoration of the "Day of Remembrance", with the deposition of a crown in memory of the victims of those tragic events. The ceremony is organized by the City of Venice and the National Association Venezia Giulia and Dalmatia. It will be possible to follow the initiative only in live streaming on the social channels of the City.
THE CITY CEREMONY AND THE "GIULIA" SHOW AT THE MOMO
Also Wednesday, February 10 at 12, from the Teatro Momo in Mestre will be streamed the city ceremony with the speeches of the mayor Luigi Brugnaro, the president of the City Council Ermelinda Damiano, A.N.G.V.D. President of the Venice Committee Alessandro Cuk and Andrea Castelletti, director of "Giulia", the theater show that will follow the ceremony. Written by journalist Michela Pezzani, "Giulia" tells the story of a little girl who makes a journey with her parents in the land of her origins and where, backwards, discovers the fate of her grandparents and her great-grandmother, whose name she bears and whose body still lies in a karst foiba. " It is a journey through time and geography - the authors explain - a journey through memory and memory, an opportunity to approach history for many, for too many, still certainly ignored". The city ceremony and the theater will be available from 10 to 17 February.

LE FOIBE
During September-October 1943 and, to a much wider extent, during the spring of 1945, the foibe represented the symbol of a terrible tragedy that struck the Julian-Dalmatian population, when some thousands of people (about 6-7 thousand) were killed by the partisans of Titus and their bodies were thrown in part in these sinkholes, partly in the mass graves or at the bottom of the Adriatic, or did not return from various places of imprisonment.
Common element of this drama was the almost total lack of news of the deported people who disappeared without a trace, so over time the use of the term «foiba» in its mainly symbolic meaning, as a paradigm of a much larger story, regardless of the exact location and the specific manner in which the individual killings were carried out.
The term «foiba» became at the time representative of the end of all the thousands of missing persons without giving any news of themselves, killed as a result of two separate waves of violence unleashed by elements of the Yugoslav People’s Liberation Movement. Many were shot or otherwise eliminated during their deportation, others ceased to live due to illness, or summary executions of which they were victims during long periods of imprisonment in prisons or concentration camps in the various regions of Yugoslavia.
In particular, the number of people who, after their arrest, were killed several months after the end of the war by the Yugoslav police.
The foiba of Basovizza is the memorial for all the victims of the massacres of 1943-45, figure and symbol of all the dramas that marked the events of the eastern border at the end of the Second World War.
THE FOIBE: WHAT DOES IT MEAN?
Foiba: word derived from the Latin fovea which means pit, abyss. Until a few years ago the term was found only in the geology texts to define one of the many karst phenomena typical of Venezia Giulia. The foibes are natural cavities, funnel-shaped chasms, which sink more or less vertically into the ground for tens of meters, sometimes with jumps of two-three hundred meters, authentic natural wells, abysses that appear suddenly on the territory. They can vary in size, from Pazin, the largest in Istria, to the Trieste Karst. The mouth of the foiba, or swallowitol, usually has an opening of the width of a few metres and is almost always seeds hidden by the spontaneous vegetation growing around it, therefore it is difficult to localize. Under the opening the chasm opens, which almost always has a very irregular and tortuous course, which develops in tunnels and crevices inaccessible to man.
Often it is difficult, if not impossible, to understand where the abyss ends because it, many times, splits into a maze of narrow holes that continue to descend, getting lost in the bowels of the earth.
The EXODUS
With the peace treaty signed in Paris on February 10, 1947, Italy, a defeated nation, had to accept all the heavy conditions established by the winning Powers. In particular, the passage of Istria and Dalmatia to Tito’s Yugoslavia and the creation of the Free Territory of Trieste (T.L.T.) were sanctioned; the change of sovereignty was traumatic, triggering the exodus of 90% of the Italian population (in all the exiles were more than 300,000) who abandoned his home and possessions and sought refuge in Italy or emigrated overseas.