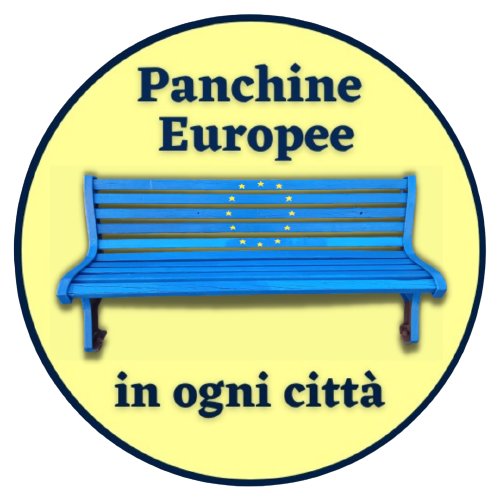 In occasion of the European Year of the Youth 2022, the Presidency of the Council of the Municipality of Venice with its office Europe Direct Venezia Veneto in collaboration with the  con la Federalista European Youth of Venice they promove the creation of a new Bench for Europe in Venice, at the Albanese Park in Mestre, green space for the citizenship, and in particular the youth, to celebrate the values of the European Union and to bring back its symbols in Italian cities through a land redevelopment operation and to involve the citizens on european topics. 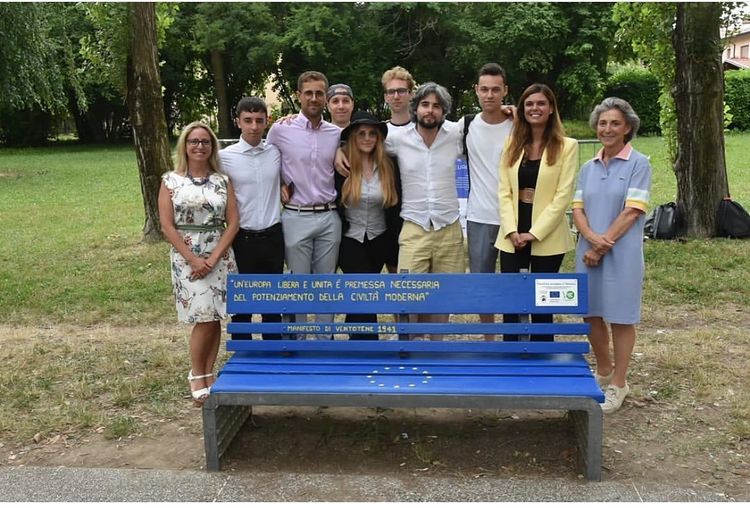 The quote written on the bench: "A free and united Europe is a necessary premise for the strenghtening of the modern civilisation", Ventotene Manifesto 1941.

To know more about the Euaropean Year of Youth 2022 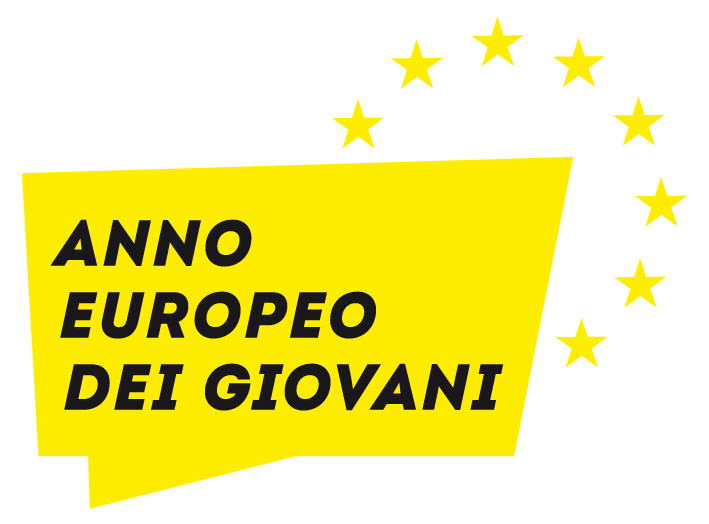 The initiative was launched in the summer of 2021 from the the committe "European bench in every city" which obtained the realisation of more than 30 benches throughout italy. The project is free becuase it is financed by a funds oganization, created in GoFundeMe from a group of volunteers of the Federalist European Youth of Lecco against the garbaging with neo-nazi symbols of a European bench built in their cities.

Some pictures of the inaugurations: 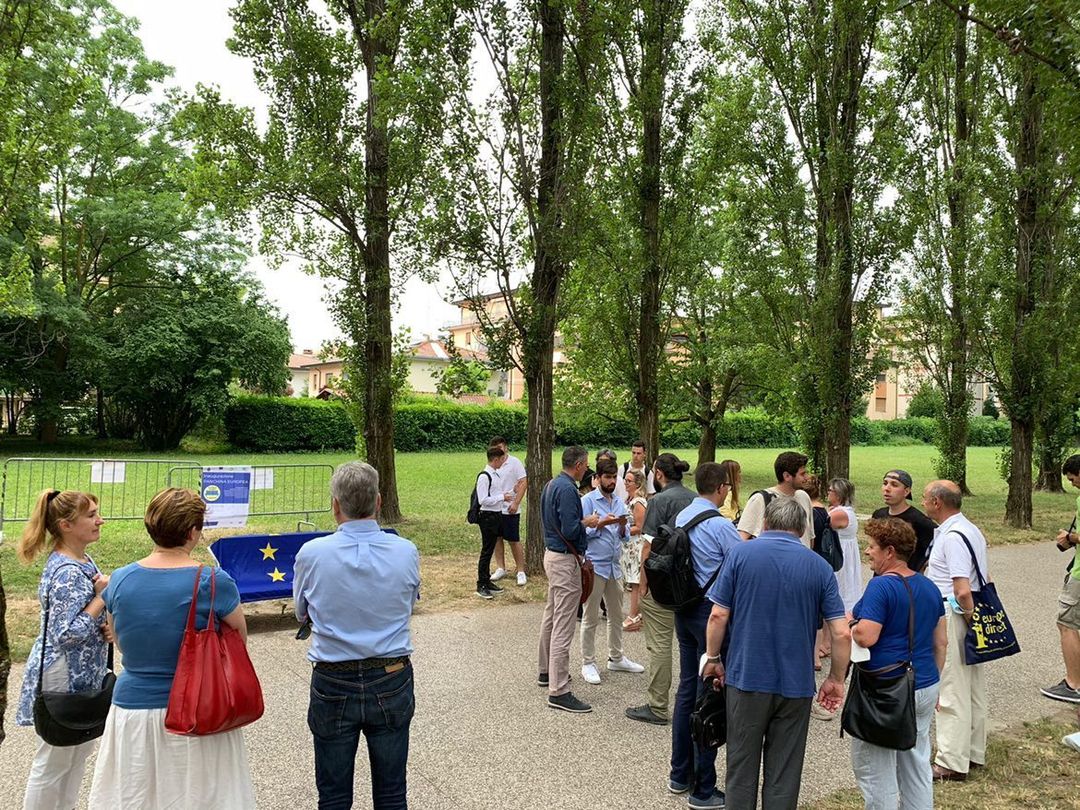 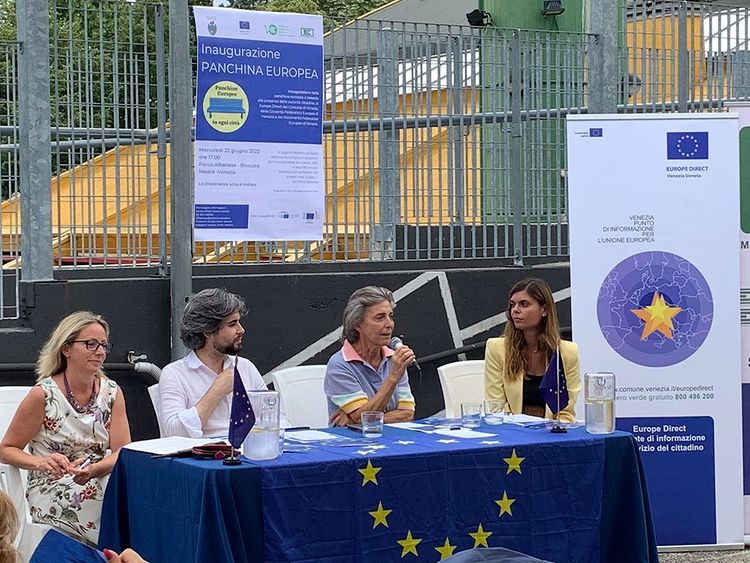 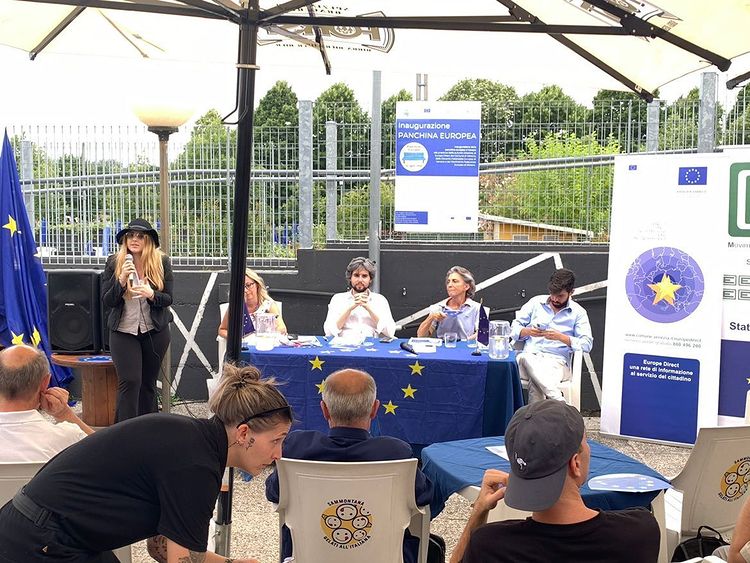