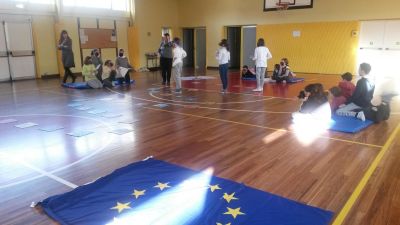 Explaining the European Union and its institutions to citizenship, especially to young people, is often a difficult task and ... it is never too early! In recent years, also on the basis of the indications given by the Ministry of Education with the recommendation "More Europe in school, more school in Europe", particular methods of teaching have been implemented, such as games and cartoons, able to illustate a less formal approach in order to get in touch primary school pupils with Europe. With this in mind, Europe Direct in Venice sets the goal of "communicating" Europe to citizens and in particular to young people who represent the future of the European Union by promoting, for primary schools in the Venetian area, "PlayEuropa", a virtual journey through the 28 countries of the European Union, to discover the traditions and customs of different people who live there and to learn the deeper values ​​that unite citizens around Europe and which are the basis a "European citizenship" awareness ", favoring the integration process in such a way.
Purposes of the playful-educational form:
- approach the values ​​of the European Union in particular the solidarity that have characterized the integration process
- introduction to the concept of European citizenship
- provide students with basic knowledge about the European Union and the countries that are part of it from a geographical, historical and cultural point of view.

FRAMEWORK OF THE FORM
Target
The preferential public are the IV and V classes of primary schools
Activities for teachers
1 presentation meeting and organization of activities
Activities for the class
1 meeting of 2 hours for 1 class (IV or V) to be carried out at the school:
- FIRST stage: in the classroom lasting approximately 30 minutes
The basics of European integration and the founding values ​​of peace and solidarity will be outlined with the support of a cartoon "DRAWING EUROPE. A new cartoon for young europeans "produced for a European project by the Europe Direct network with European schools.
Classrooms must be equipped with PC and projector.
- SECOND stage: in gym lastingabout 90 minutes
The "PLAYEUROPA" is a team game similar to Chutes and Ladders one, in which participants challenge each other, questioning about the member countries of the European Union (history, geography, sport, cooking, folklore, etc.). The central idea of the activity is to show the values ​​of solidarity and collaboration, which lead to the victory of unity.
Activities must to take place inside the school gym; to carry out the play in group and to arrange the preparation, consisting of 33 25x25cm plasticized tiles to be arranged in serpentine, depicting the 28 Union Member States and the symbols of the EU.
Material
Informational material about the European Union will be provided to teachers and pupils taking part in the recreational-training activity. 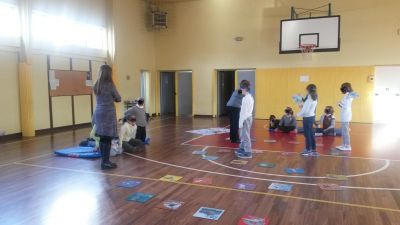 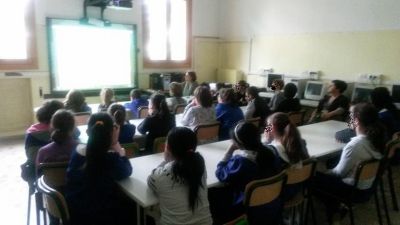 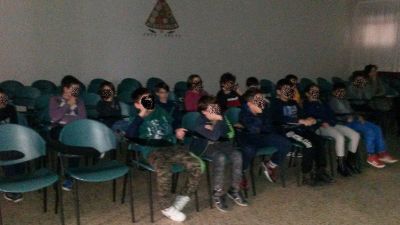 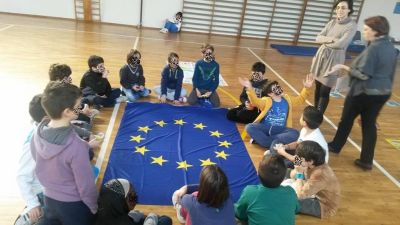